Back to all Chapters 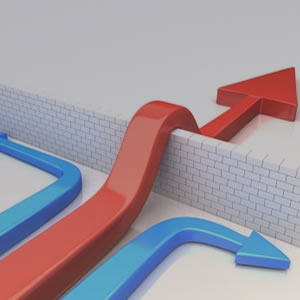 Many charities and Non-Profit Organisations prioritise spending on front line services and therefore have limited resources for other functions, such as marketing communications. Many Non-Profits are reluctant to invest in measurement because they believe it will divert this money away from the PR activity itself, rendering it less effective.

I believe this belief is misguided.

First, a proportion of overall PR spend invested in proper measurement will make the remainder work more effectively as communicators gain valuable insights into what activity works and, more importantly, what doesn’t – and is therefore a waste of resources. Second, in many Non-Profit organisations, PR works alongside other forms of marketing, including advertising. Proper measurement demonstrates how cost effective good PR is compared to these other channels.

What is ‘proper’ measurement and how can I get started?
A good starting point is the ‘Barcelona Principles’, a set of seven key principles that the industry agrees guides best practice. The first and most important principle is ‘the importance of goal setting’. I would recommend writing down the objectives of your communications activity. One way of doing this is to list the desired outcomes. These can vary from activity and organisation but could include:

You should then work (potentially with other functions in the organisation) to ensure that the outcomes are being measured. This is important as these will be the ultimate guide of success.

Next, I would recommend that you list the media outputs that would support these outcomes. These are ways of measuring the media coverage resulting from PR activity. The measures should cater for the quality, as well as the quantity of coverage, and should cover all appropriate media channels, including social media if relevant. There are many ‘output’ metrics but some of the more common ones are:

One you have decided on the priority output metrics, I would track these alongside the outcome metrics in order to understand how one is affecting the other. This, in turn, should help inform planning of future activity.

An example: Stroke Association
The Stroke Association is the only major stroke charity in the UK. Its mission is to “prevent strokes and achieve life after stroke through providing services, campaigning education and research”. The Stroke Association runs an annual campaign called ‘Action on Stroke Month’ to raise awareness of Stroke and to engage and build a ‘stroke community’ of people whose lives have been devastated by stroke.

The most recent campaign focused on raising awareness of Transient Ischaemic Attack (TIA). Commonly known as mini-strokes, and often a precursor to a major stroke, they are frequently ignored. BBC TV presenter Andrew Marr, a high profile stroke survivor, said: “I had two mini-strokes before going on to have a major stroke. I was one of the thousands of people who dismissed the warning signs – simple ignorance.” The Stroke Association says that approximately 10,000 recurrent strokes can be prevented every year in the UK if mini-stokes are treated in time.

The Stroke Association worked with Gorkana to build a measurement framework based on overall objectives for the Action on Stroke Month (outcomes) which cascaded into communication objectives and output metrics (see communications cascade).

These results were used to explain the value of the campaign to key internal and external stakeholders and are helping to guide the planning of next year’s Action on Stroke Month Campaign. 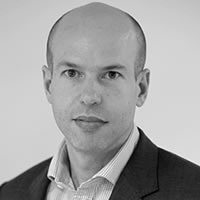 Paul Hender has more than 20 years’ experience in media analysis. He was with Metrica from its infancy, growing the business from start-up to one of the leading specialist measurement agencies before a three way merger formed Gorkana group in 2010.

Paul is currently Head of Insight, Gorkana Group and is responsible for developing the group’s analysis and insight services. He also provides consultative advice to Gorkana’s clients, which include some of the world’s largest and most recognised brands.